This contemporary low budget grand design in a Herefordshire Quarry, for Steph and Alex, is a project carried on whilst working at rra, and is the vision of architect Garry Thomas.

Garry managed to gain planning permission for this low budget grand design in a former Herefordshire quarry, and in an open-countryside location. This project is Garry’s second grand design house to feature on Channel Four’s grand designs programme.

Whilst Garry’s original design excited Channel 4 enough for them to want to film the build, it’s disappointing that his vision was not built: particularly as what was built leaves the viewer wanting more in an open-countryside location.

Thomas Studio has produced visuals and views of what the original design would have looked like, had Steph and Alex had the confidence and resolve to build it. See for your self in the gallery opposite.

Garry’s design uses an earth-sheltered concrete box, at ground level; and, a cantilevered cross laminated timber box, at first floor level. The bulk of the mass is hidden by the quarry, making the house seem smaller than it is. An outdoor terrace would have allowed Steph and Alex to enjoy the great outdoors with the comfort of an outside fire place.

ASK THE EXPERT
Architect Garry Thomas, who has had two projects featured on grand dDesigns, can be contacted to design bespoke ‘cripsy-edged’ houses in ‘mouth-watering’ locations.

If you are planning your own grand design why not BOOK A FREE CALL-BACK BELOW with Architect Garry Thomas, who would be happy to take your questions. 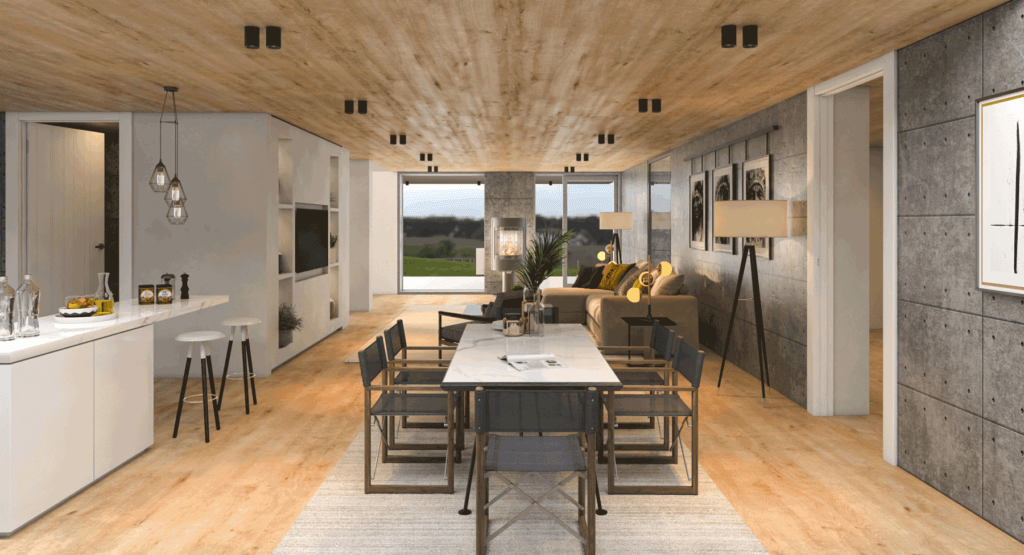 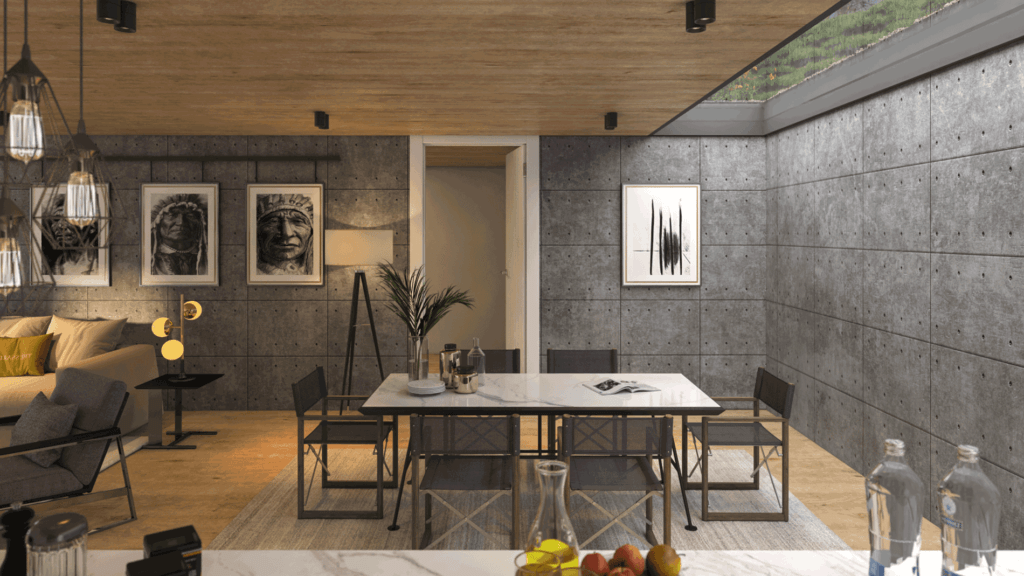 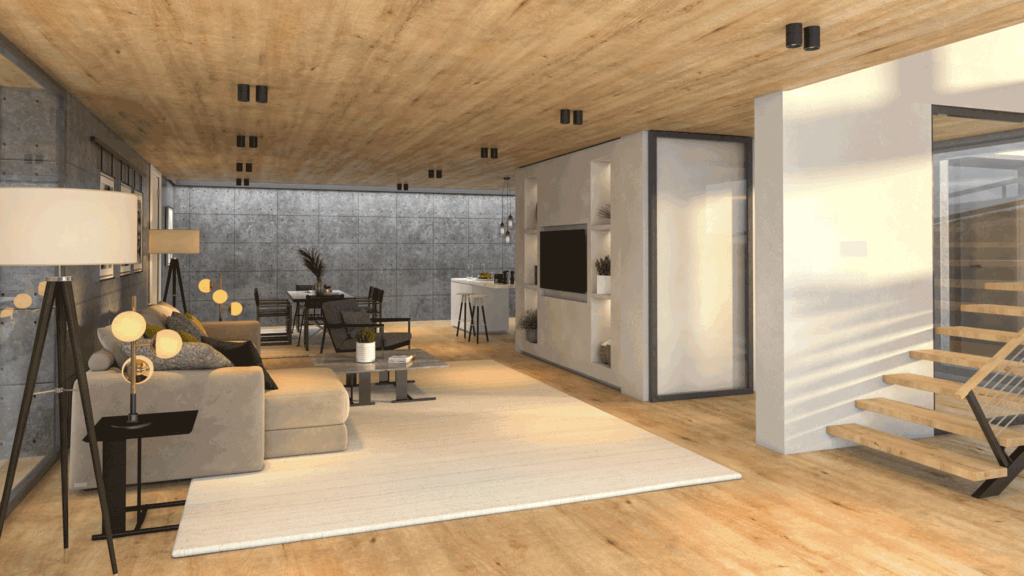 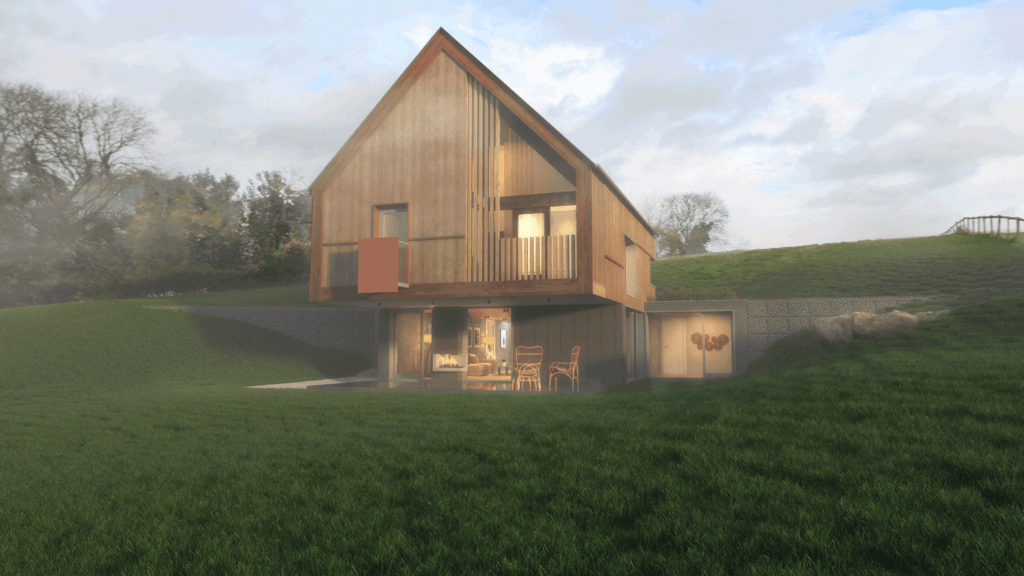 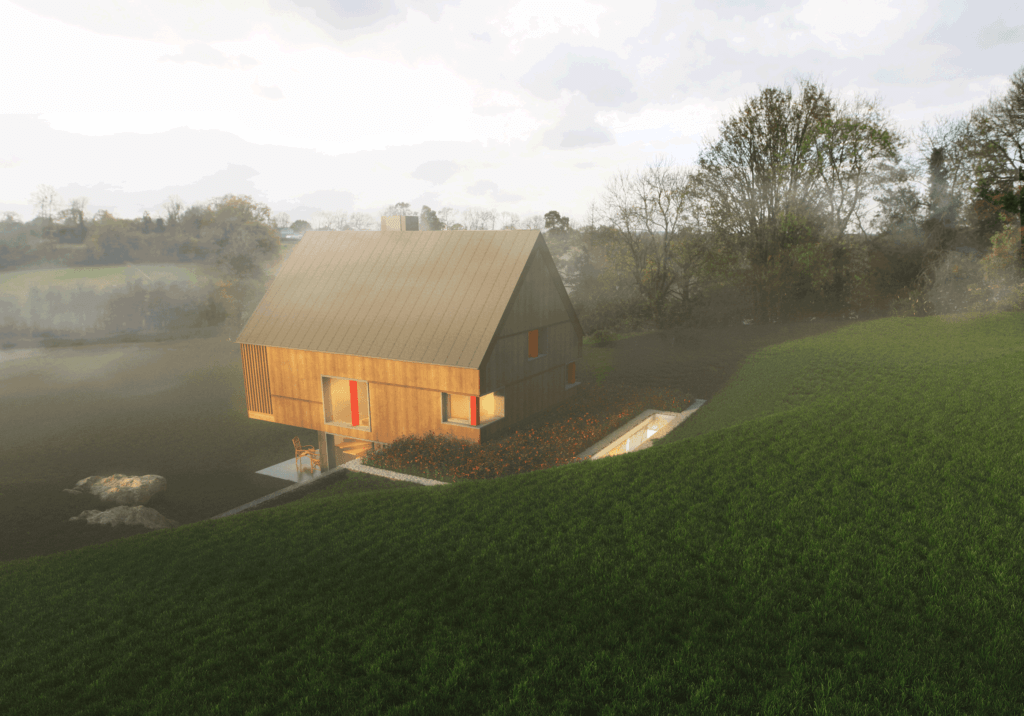 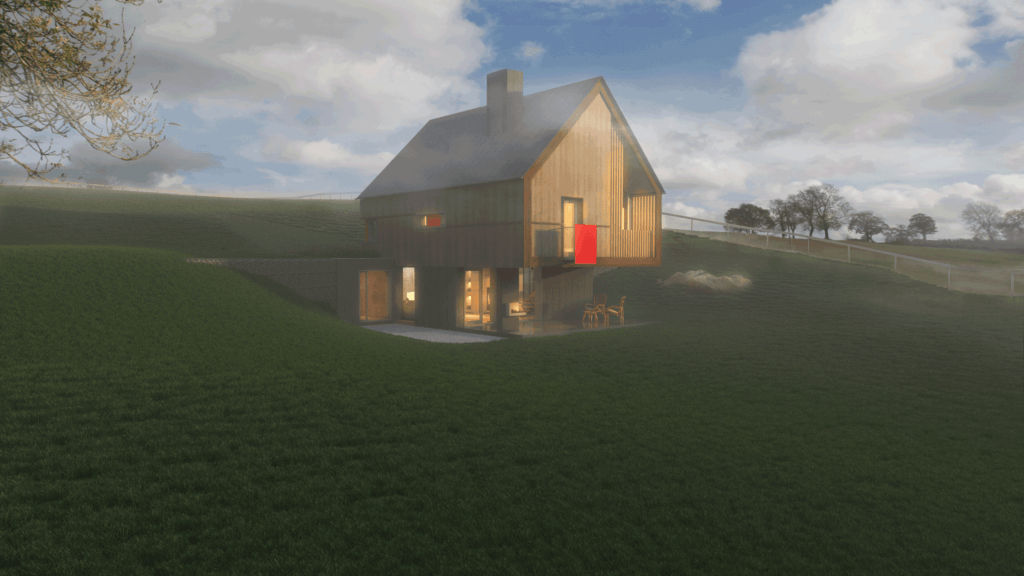 Is self-build for you?