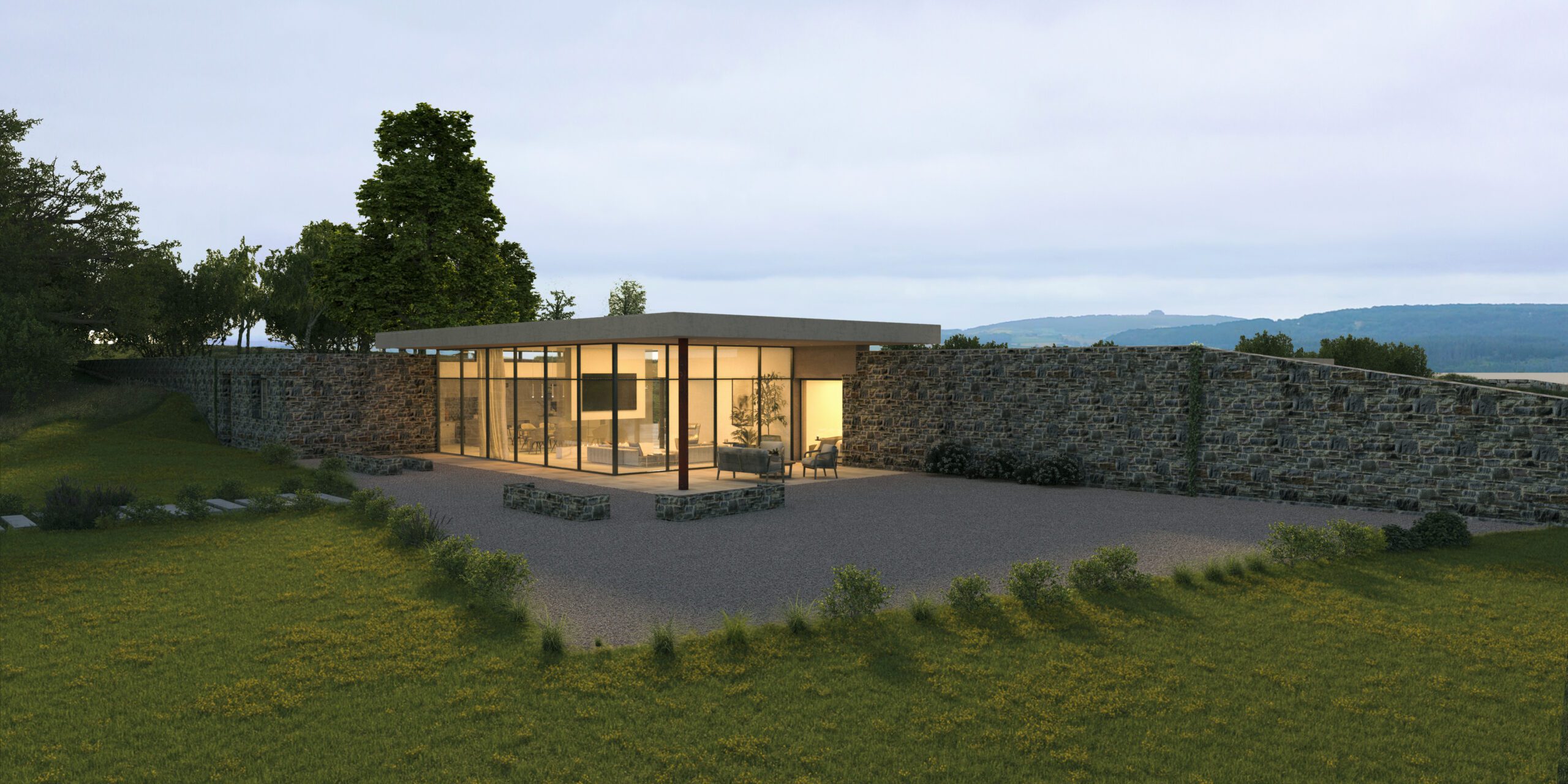 The Benefits of a
Zero Carbon House

The benefits of owning a carbon neutral home broadly fall into two categories: reduced energy costs and helping the planet by reducing CO2 emissions. The cost of electricity and gas are set to rise substantially over the next decade, so owning a home that produces all the energy it needs over a year could save thousands of pounds each year. It is also possible that such homes will become more valuable over time, as the demand for eco homes increases.

Beyond that, the thought that you are ‘doing your bit’ to save the planet is something to be proud of.

What does zero carbon mean?

There are many different terms used here besides zero carbon

Of these Carbon Neutral is the nearest to zero carbon as it means that any CO2 released into the atmosphere from a home is balanced by an equivalent amount being removed. This is in effect an “operationally carbon neutral” home. This is achieved by the home producing all the energy it requires for most of the year, perhaps drawing energy from the grid in the winter or at night, but feeding back electricity in the summer and during the daytime when the days are longer and any solar panels are more efficient.

Arrange a 15 minute call back

A zero carbon home is defined as one that does not increase the amount of carbon dioxide (CO2) in the atmosphere over any given year. The strictest definition means that the home cannot use any fossil fuels to heat the home, to cook or to drive any entertainment devices. This means that in all cases a renewable energy source has to be used.

However, in 2011 the definition was watered down and built-in electric appliances like hobs, ovens and washing machines as well as ‘loose electrical equipment’ like computers and TV’s were no longer included, these being ‘allowed’ to use fossil fuel derived energy resources.

Such homes cannot be considered carbon zero though, even if they meet the current building standards.

This goal can only be achieved if

This does not mean that the home will necessarily have to look different from other houses or homes. In fact such energy efficient houses don’t compromise on style and ergonomics at all, using daylight and ventilation systems in a way that provides a high end appearance. A zero carbon home will also require little maintenance and be future-proof for you as the home owner and the environment.

When will zero carbon development come into force

The next big change is to be introduced in June 2022, the most interesting part of which is that new homes built in England will have to produce 30% less carbon emissions. The government has stated that this will mean that all future homes would be ready for net zero, with no retrofit work being needed.

However, in 2025 further legislation is expected to come into force which will raise the bar even further, leading to full carbon zero levels for all homes by 2050. By 2030 all buildings are expected to be operationally carbon neutral. By 2050 the aim is to ensure all buildings are measured to ensure their construction and their end of life recycling is also carbon neutral. This is a very high standard indeed and measurement methods have yet to be agreed by government.

Working towards a zero carbon home

If you are starting from scratch then creating a net zero carbon home is just a matter of using the right building materials, heating systems and designing the home to make best use of natural light, and orientation on the site, as laid out in the ‘The Thomas Studio Carbon Zero House’ section above.

Can you retrofit zero carbon technology to your home?

There are many ways in which you can reduce the level of CO2 that your home produces, these including reducing the amount of heat lost through your walls, windows and roof. The level of ventilation can also be optimised, high efficiency boilers can be installed or non-fossil fuel alternatives.

By using technologies such as solar panels and wind turbines the home can actually generate much of its own energy needs. High power battery systems can also be used to store energy when it cannot be immediately be used, further reducing the need for ‘fossil fuel’ generated electricity.

The water systems in the home could also be changed to reduce water usage. Examples of these being dual flush WC’s, smaller baths, high efficiency dishwashers and washing machines (the latter also requiring less energy to run).

There is no doubt that building a zero carbon home is more expensive than a conventional house, the building materials and equipment alone being more costly. However, bearing in mind the reduced running costs this could be more than recouped over time and there is the added resale value to take into account as eco homes are more desirable to buy.

What to avoid when designing a zero carbon home

In order to comply with all the requirements for a zero carbon house, it is essential to use natural light and orientation to the maximum possible level whilst also reducing airflow. Basically, anything that does not meet the ‘The Thomas Studio Carbon Zero House’ requirements above needs to be avoided.

Will a zero carbon home help get planning permission?

The bad news is, that under current regulations ‘eco homes’ and zero-carbon homes have no status in English or Scottish planning rules, although they may help if considering building in Wales to some small degree. However even here the standard, known as ‘One Planet Developments’ is hard to meet. Planning is more focused on preventing development in unsustainable locations to limit the use of the private motor car, even if that car is an electric vehicle, which we know is crazy. Rural development can actually enable more sustainable living as land can be used to grow food in a more sustainable way and support innovative systems to support zero carbon development.

Many people are under the impression that planning permission is more likely to be granted under paragraph 79 and its replacement 80, if the home is climate friendly, but this, at least at the moment is not the case. Paragraph 80 proposals can include innovation as part of their design process, however, the ultimate test is proposals should be ‘outstanding’. This require a more in-depth design process and a peer-review of the proposals during the planning process. Such schemes are possible provided you allow the unique process to proceed and are flexible enough to enable the design to evolve from the outstanding design process – rather than have fixed ideas about the design.

For years Architect Garry Thomas has been working with clients who wish to build homes in the open countryside and in isolated places, using Paragraph 79 / 80, this being the one that says that isolated homes in the countryside may be given planning permission if they are architecturally truly outstanding.

Arrange a 15 minute call back

This FREE 15-minute call back is for anyone who has a site on the edge of a rural village, or near to a settlement area and is thinking – is there any planning potential?

Fill out your details opposite to book your FREE call-back with architect Garry Thomas. Remember stating the local authority area is useful as helps Garry to understand more about the planning policy in your local area and gives you more specific information about your site.