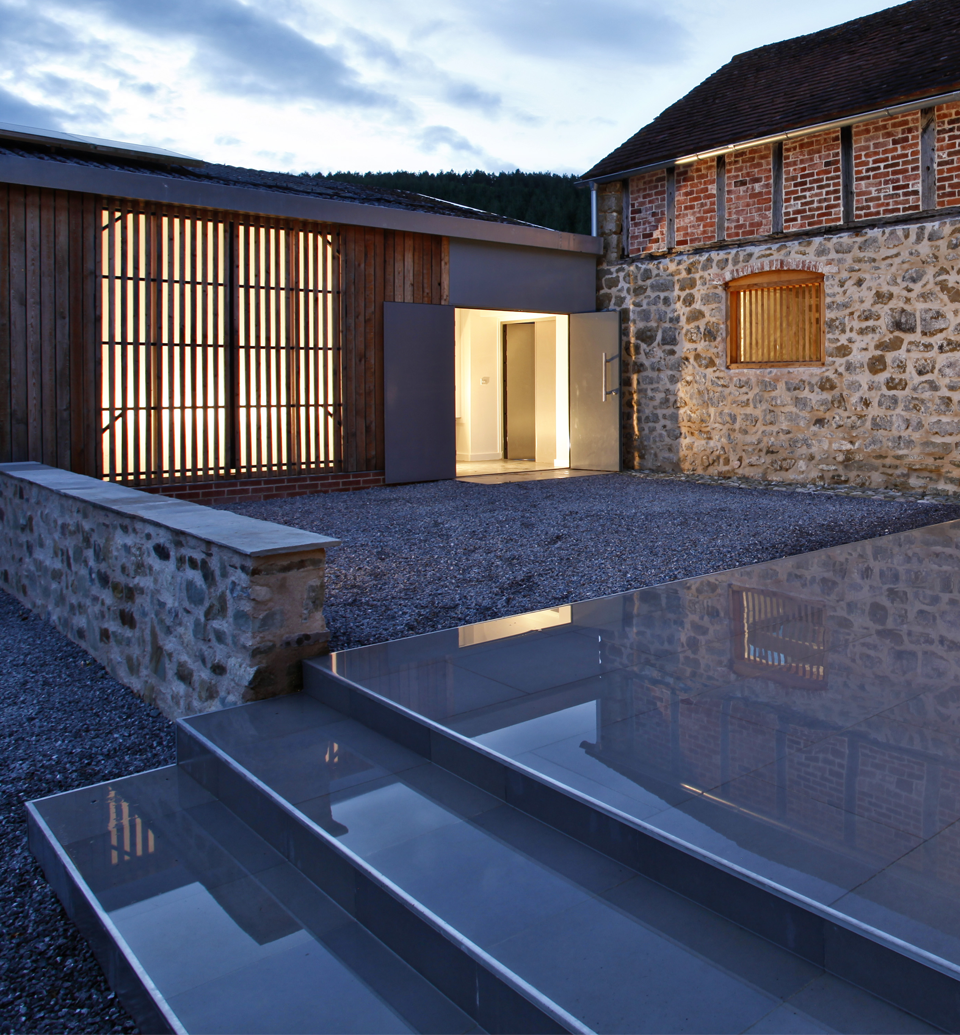 Arrange your FREE 15 minute call back with Architect

Garry Thomas’s passion for architecture has been lifelong and has led him and his clients on the most extraordinary and award-winning journeys, including becoming a Top 25 Grand Designs Architect. Now he delivers his unique skills and expertise with a national reach through his own independent practice, right back where it all started, in Fownhope.Born in Herefordshire, Garry is the son of a long lineage of farrier blacksmiths, his father himself a highly talented forger of stunning ironwork. Garry’s design influences range from the arts and crafts, shaping and making in metals, to modernism and the civic-life of cities.
Reviews about Thomas Studio

Pioneering pedigree Moving to London, he studied architecture at the Architectural Association, where a studio-approach to architecture enabled him to train with Alejandro Zeara-Polo and Farshid Mousavi of Foreign Office Architects. While in London, Garry’s design for the headquarters of Overbury and Morgan Sindall PLC pioneered a new approach to the refurbishment and upgrade of a 1950’s concrete framed office building (completed in 1997) adjacent to Oxford Street. Later projects included Journey Zone for Ford UK as part of the Dome 2000 celebrations with exhibition and interpretation spaces capturing the imagination at Greenwich during the millennium, Dartford Crossing; a 150k sqft warehouse and office development complex for Lendlease, and Virgin Megastores in Greece.Iconic Herefordshire projects Having spent nine years in London, working for some of the country’s leading practices, Garry returned ‘home’ to Herefordshire in 2002 to become Design Director at RRA Architects. Locally he oversaw the design of the Grade 1 listed Hereford Waterworks Museum, a sustainable ticket pavilion for Hay Festival, a 21st century creation of Skylon for the Herefordshire Enterprise Zone, a vibrant RIBA competition winning design proposal for the Butter Market in Hereford City, and a sublime tree-like steel and glass building set within a Grade 2 Listed ale house, located on the banks of the River Wye opposite the cathedral.Though one project was particularly close to Garry’s heart; the development of Canwood Gallery, the rural art space and sculpture gardens in Woolhope, who’s owner shares a remarkable synergy of life-threatening illness and survival with Garry’s own life story.The creation of several stunning contemporary houses in open countryside saw Garry build an outstanding portfolio of experience, including an all-time top-25 Grand Design house filmed by Channel 4's Kevin McCloud for the famous Grand Designs television programme.Departures and beginnings In 2016 Garry left RRA architects to launch Thomas Studio. His new practice is founded on the principles of a service more designed to suit clients’ individual needs in the local area providing professionalism, creativity and of course partnering as a 21st century response to the creating and making of buildings.The Studio continues to work on inspirational projects, from unique domestic builds to complex heritage sites and listed buildings. With a specialism in rural planning success, we have a high success rate for conversion of agricultural buildings, self builds in countryside locations and innovative enhancements of existing dwellings or commercial properties.The Studio offers lots of helpful building advice notes on our website and a useful FREE 15 Minute Call-Back service for those needing support or initial enquiries. Take a look around and we are here to help.   SaveSaveSaveSaveSave